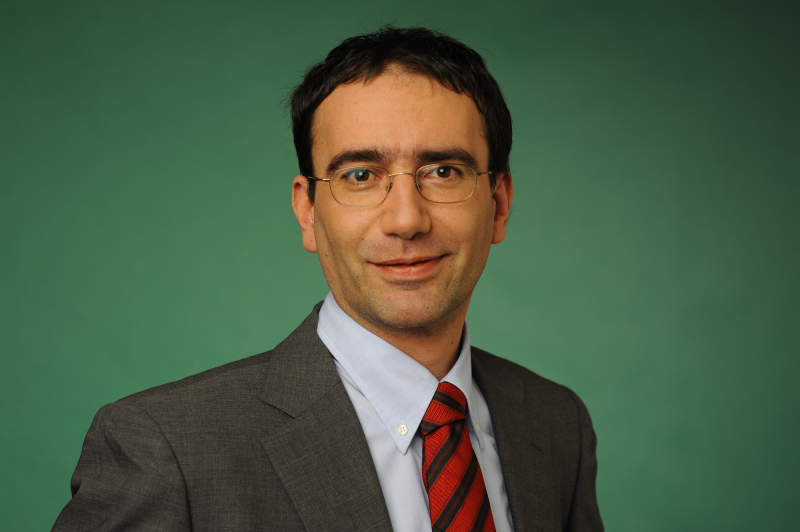 Professor Dirk Meissner has been working at the HSE Institute for Statistical Studies and Economics of Knowledge since 2011. He is the head of International Laboratory for Economics of Innovation, academic supervisor of Master’s Programme ‘Governance of Science, Technology and Innovation’, coordinator of book series ‘Science, Technology and Innovation Studies’ published jointly with Springer and a number of HSE pre-prints in the field of STI. During the ten years of his work at the University, Professor Meissner made a considerable contribution to developing scientific and educational potential of the HSE University in raising its international reputation in these areas. We have the greatest respect for our esteemed colleague and congratulate him on this anniversary!

Dirk Meissner is a scientist with a world-wide reputation in the fields of economics and innovation. On the basis of HSE ISSEK he directly participated in establishing two international laboratories in 2011: Laboratory for Science and Technology Studies and Laboratory for Economics of Innovation, to which development and good performance he made the decisive contribution.

In 2014, Professor Meissner initiated the creation of a pioneer book series ‘Science, Technology and Innovation Studies’ published by HSE University jointly with Springer Nature. 10 books have been issued in these series up until now; nine leading foreign researchers have edited several of them. Book series are very popular among academia (as of 2021, over 270 thousand paid downloads and a large number of quotations), all of them have been mentioned by Springer Nature as leaders by total sales.

During his employment with the HSE University, Dirk Meissner edited seven scientific monographies issued by international publishers (Springer Nature, Oxford University Press, etc.), as well as wrote over 60 articles in leading peer-reviewed scientific journals (including Nature) and over 30 chapters in multi-authored books. The majority of his scientific articles are published in Q1 and Q2 journals indexed in Web of Science and Scopus. He is a member of editorial boards in a dozen top-rated international scientific journals and was a guest editor in 15 special editions of international journals.

Dirk Meissner made a considerable contribution to promoting HSE University as an internationally recognised centre of excellence in measurement of science, technology and innovation, long-term forecasting (foresight), S&T and innovation policy. Dirk Meissner takes part in strengthening cooperation ties between HSE University and Organisation for Economic Co-operation and Development (OECD). In 2012, he was nominated by the Ministry of Science and Higher Education of the Russian Federation as a delegate from Russian Federation to the OECD Working Party on Innovation and Technology Policy. During his employment in the University, Professor Meissner organised a series of lectures by OECD experts and a number of international OECD events.

Dirk Meissner’s achievements in education include first and foremost creation of an original English-taught Master’s Programme ‘Governance of Science, Technology and Innovation’ where he remains an irreplaceable academic supervisor since 2014. During that time, 216 students have graduated, including 67 international students from United Kingdom, United States, EU member states (Germany, France, Italy, Poland) and Latin America (Brazil, Mexico, Peru, Chile), countries of Asia-Pacific Region (South Korea, China, Bangladesh, Indonesia). Under Professor Meissner leadership, the Programme became one of the most popular in the HSE University. In 2021, the Programme was awarded EPAS accreditation.

Dirk Meissner actively participates in teaching academic personnel. Under his academic supervision two PhD theses and 13 Master theses have been defended. Professor Meissner shows considerable support to young scientists in preparing articles for publication in highly-rated journals. He regularly conducts workshops and consultations, as well as helps to perfect the quality of scientific publications of HSE employees with a series of pre-prints within HSE Basic Research Programme ‘Science, Technology and Innovation’ led by him (during 2012–2021, 123 pre-prints have been published, over half of them became foundations for articles in international journals).

Dirk Meissner is held in great esteem in the Institute for Statistical Studies and Economics of Knowledge. Colleagues, students, and graduates of Professor Meissner passed their congratulations on his anniversary.

Student office of Master’s Programme ‘Governance of Science, Technology and Innovation’ and ISSEK Department of Educational Programmes: ‘Dear Dirk, we congratulate you on this memorable day! It is impossible to overestimate your professional and human contribution to the development of our Master’s Programme. You possess an inexhaustible source of energy and positivity, you are always ready to reach out on any issue, you look into the future with confidence, strive for your goals and implement your ideas. We wish you the best of health, talented students and further successes in your work!’

Mikhail Gershman, Director of Centre for Science, Technology, Innovation and Information Policy: ‘Health and wealth to you and your loved ones! Be happy and creative!’

Liliana Proskuryakova, Deputy Head of International Laboratory of Science and Technology Studies: ‘Dear Dirk! I wish you to achieve all your professional aspirations, meet personal goals, and enjoy the time with your family.’

Valeriya Vlasova, Head of Unit for Innovation Research: ‘Wishing you all the best, even if it does arrive a bit late!’

Darya Glushkova, student: ‘Mr. Meissner is a very positive person, always in a good mood, and can create a positive atmosphere in classes. I wish professor Meissner to keep going through life with positivity and have lots of reasons for being happy and satisfied with everything in life. May all the wishes made on this day come true!’

Gennadii Baranovskii, 2020 graduate: ‘I wish the very best for Dirk and look forward to finally hearing his speech at the graduation ceremony, which will surely happen one day!’ [ed.: due to COVID-19 pandemic, the 2020 ceremony has been cancelled.]

Elena Kyzyngasheva, 2016 graduate: ‘Dear Dirk, с днем рождения! I wish you infinite inspiration and energy for all your projects!’

Mohit Gupta, 2020 graduate: ‘Prof. Dirk, congratulations on reaching your jubilee!!! That is an incredible accomplishment, and you have accomplished so much while giving so much to each individual who walks through your doors. I am OVERJOYED with my alma mater and with you!’

Date
19 December  2021
Keywords
anniversary
About
Institute for Statistical Studies and Economics of Knowledge, Laboratory for Economics of Innovation, Master's Programme 'Science, Technology and Innovation Management and Policy'
About persons 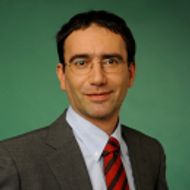