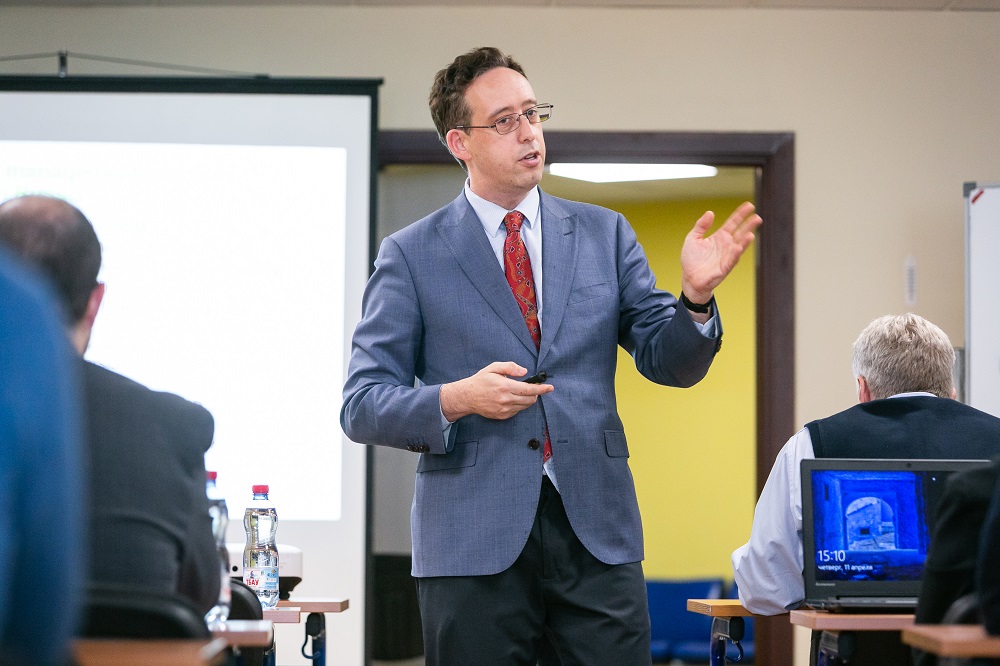 What Drives Innovation in Russian Companies

As part of the Management session of the XX April International Conference, Carl F. Fey from Aalto University School of Business, Finland, presented his paper on Facilitating Innovation in Companies in Russia: The Role of Organizational Culture. In his talk, Professor Fey spoke about the results of three studies he has been conducting with his team.

‘Statistics Should Be Available and Comprehensible to Everyone’

Implementing a digital analytical platform, opportunities for Big Data, and other prospects for the development of Russian statistics were discussed by participants at a plenary session of the XX April International Academic Conference.

‘Isolationism Is the Pathway to Technological Degradation’

The XX April International Academic Conference continued on April 11 with a discussion on digitalization of the economy and public administration. Maxim Akimov, Deputy Prime Minister of Russia and Curator of the Digital Economy National Programme, spoke about digital business models, public administration, digitalization in industry and science, and the impact of digital technology on the job market.

‘Economic Innovation Is Impossible without the Right to Fail’

The first plenary session of the HSE XX April International Academic Conference continued with a discussion on the sources of economic growth, budgetary policy priorities, as well as investment in infrastructure and human capital. Experts from HSE joined other participants to speak on these issues.

The new issue of the Foresight and STI Governance journal presents the results of research on innovation systems and the development of future scenarios for both developed and developing countries.

The HSE Institute for Statistical Studies and Economics of Knowledge continues to study business digitisation trends, and presents the results of a market survey reflecting the level of digital technologies’ application by Russian large and medium manufacturing enterprises in 2018. Managers of more than 1,200 companies in 30 Russian regions participated in the survey.

Why Foreign Students are Flocking to Russia

The OZY portal, citing the results of research by Alena Nefedova from HSE ISSEK Laboratory for Economics of Innovation writes about Russian education as the “soft power” of the state.

On January 28, HSE and the Korea-Russia Science and Technology Cooperation Centre (KORUSTEC) jointly hosted a Korean-Russian Open Lecture on Science and Technology Policy at HSE University in Moscow. Founded in 1990 following a Korean-Russian Cooperation Agreement, KORUSTEC was re-opened in 2007 as the Moscow office of the National Research Foundation of Korea (NRF), bringing together six similar centres in various Russian cities (NRF is similar to the USA’s National Science Foundation).

HSE staff members were awarded honour awards of the university at the meeting of the Academic Council that was held on December 21.